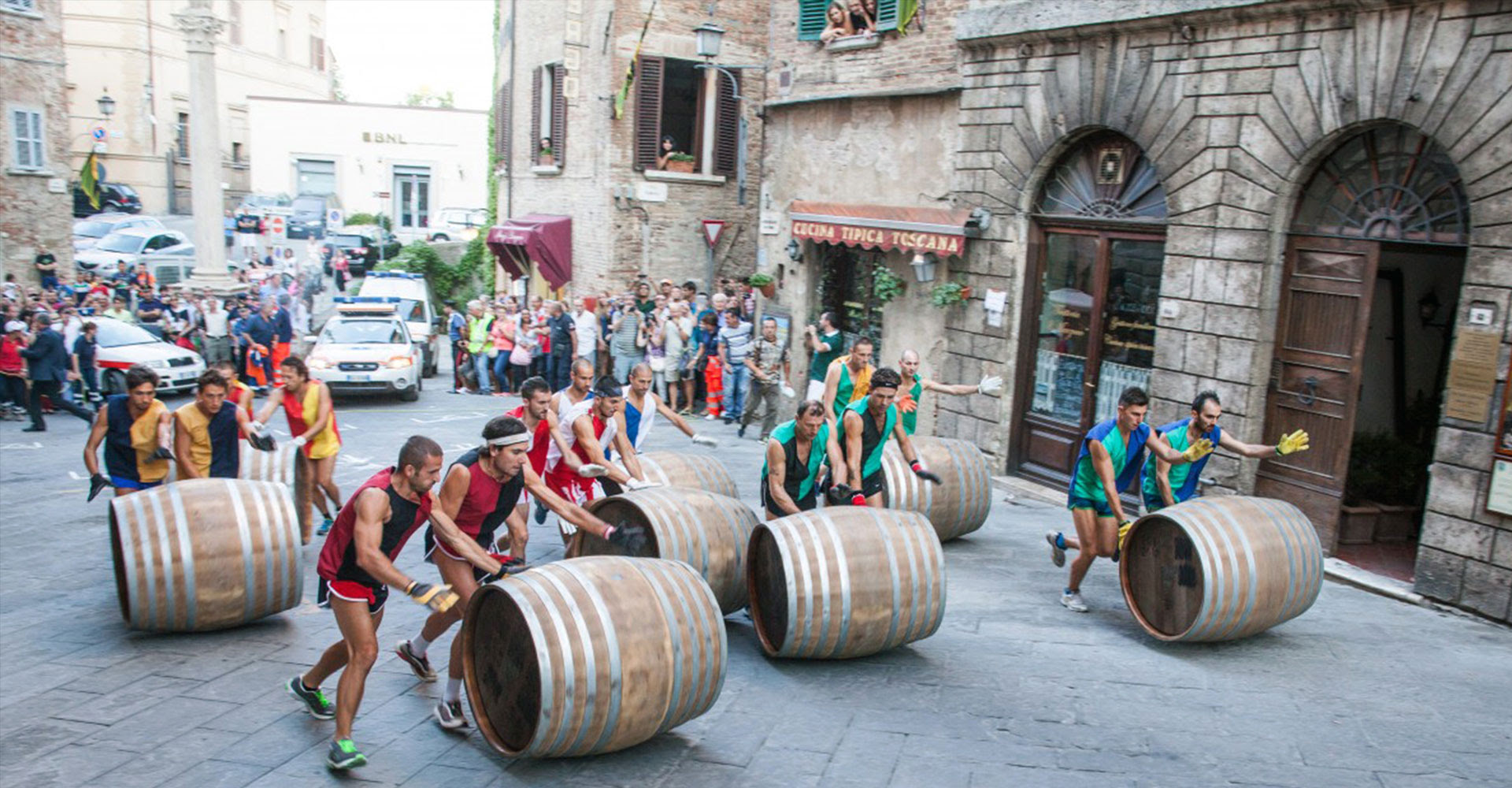 Every year, on the last Sunday of August (which this year falls on the 26th), the 8 “contrade” (districts) of Montepulciano challenge each other to the Bravìo delle Botti, a breath-taking race, as physically devastating as it is exciting for everyone, the people of the contrade and tourists alike. The race consists in pushing barrels weighing 80 kg, rolling them along a path, almost all uphill, which is 1,650 metres long, through Montepulciano Old Town. The “spingitori” – as the athletes who push the barrels are called – two for each contrada, train hard for months and months, because the contest requires considerable athletic ability and strength. This race is run at an explosive pace and lasts just a few minutes, while the rivalry between the contrade is felt all year round; as was undoubtedly the case in medieval times, when the contrade first began challenging each other to win the “panno” (banner). The race is preceded by an atmospheric historical parade featuring over two hundred participants dressed in costumes, who perform flag throwing displays, play drums and present scenes of life from days gone by as they parade. The week leading up to the race is full of appointments characterised by antique charm, such as the proclamation of the Gonfaloniere, the “Corteo dei Ceri” parade and the trials of the barrel-pushers, which take place at night. Every evening the contrade stay open, ready to welcome visitors in an atmosphere of festive anticipation, offering local dishes, celebrations and music. www.braviodellebotti.com